The Airline Industry Enters the State of Crisis

The state of the airline industry has recently aggravated with the increased spread of COVID-19 throughout the world. The majority of airline carriers are facing major financial issues right now, and many claim that they will run out of money within two months.

Many governments have already suspended all air traffic, while people themselves are afraid of flying. Due to this halt in travel by air, the airline industry worldwide will need around $200 billion in support to face the global lockdown. Almost 75% of all airlines indeed do not have enough resources to cover their expenses in the coming few months. The reduced number of passengers will most likely cause the airline industry to lose up to $115 billion of revenues.

Such drastic changes in the performance of industry have had an immense impact on the stock market.

A number of airline stocks have recently gone down, including the following:

Given that many airlines are not able to provide their services as of March 19th, there is a number of airlines that are currently leaders in the industry because they instead still keep offering flights to the public.

These industry leaders include:

However, despite the great performance of the three stocks, it is expected to tumble as well. The airline industry became a volatile option for investment anytime soon in 2020. World health experts expect the spread of coronavirus to surge in the coming weeks. Quarantine orders have been put forward in many countries around the globe which consequently lowers the number of flights conducted. Thus, investing in airline stocks is not the best decision as of now. 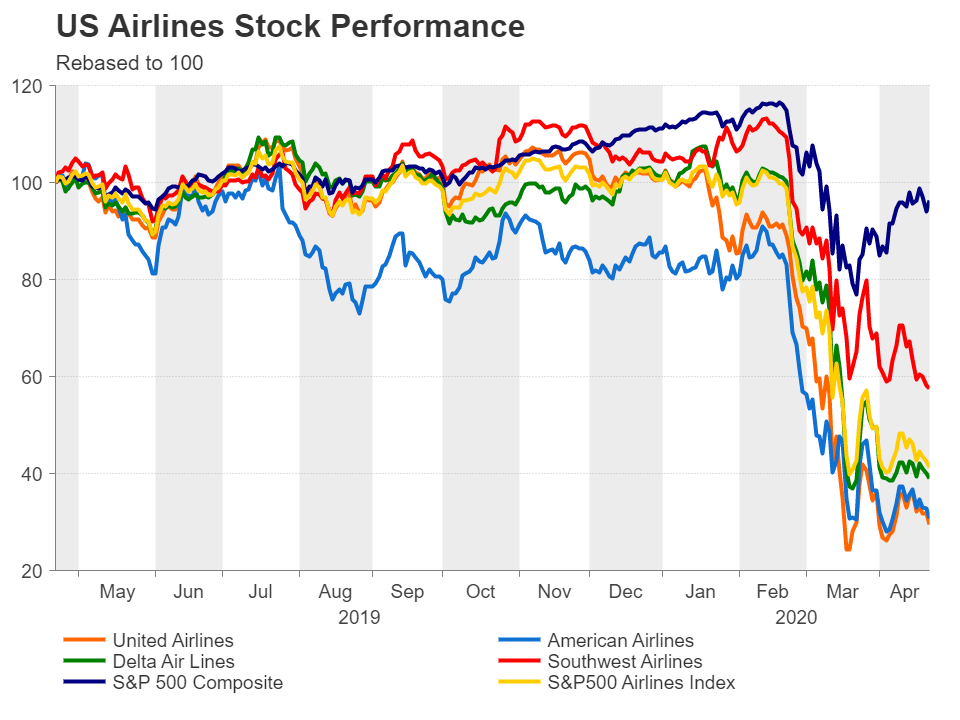 It is important to point out that, in the long run, the airline industry will not be allowed to fail. Over the past five years, several airlines have largely invested in improving operations as well as comfort for passengers. They also focused on pay and benefits for workers. These airlines spent about $40 billion on share buybacks; they improved earnings per share and boosted gains in the stocks.

Currently, the industry is under a dire need for federal assistance. Many airline companies did not see any other way but to drastically change ticket fees and refund policies. If the airline companies receive financial support from the government, they might be able to slow down those changes.

Today the performance of airline stocks is not the best for certain. The airline stocks clearly became quite unstable in the past few weeks. However, as the COVID-19 pandemic cools off, the industry will eventually return to its usual state. The stocks will still be one of the most favorable options for investment later in 2020.